A new version of ggtree that works with ggplot2 (version >= 2.0.0) is now availabel. 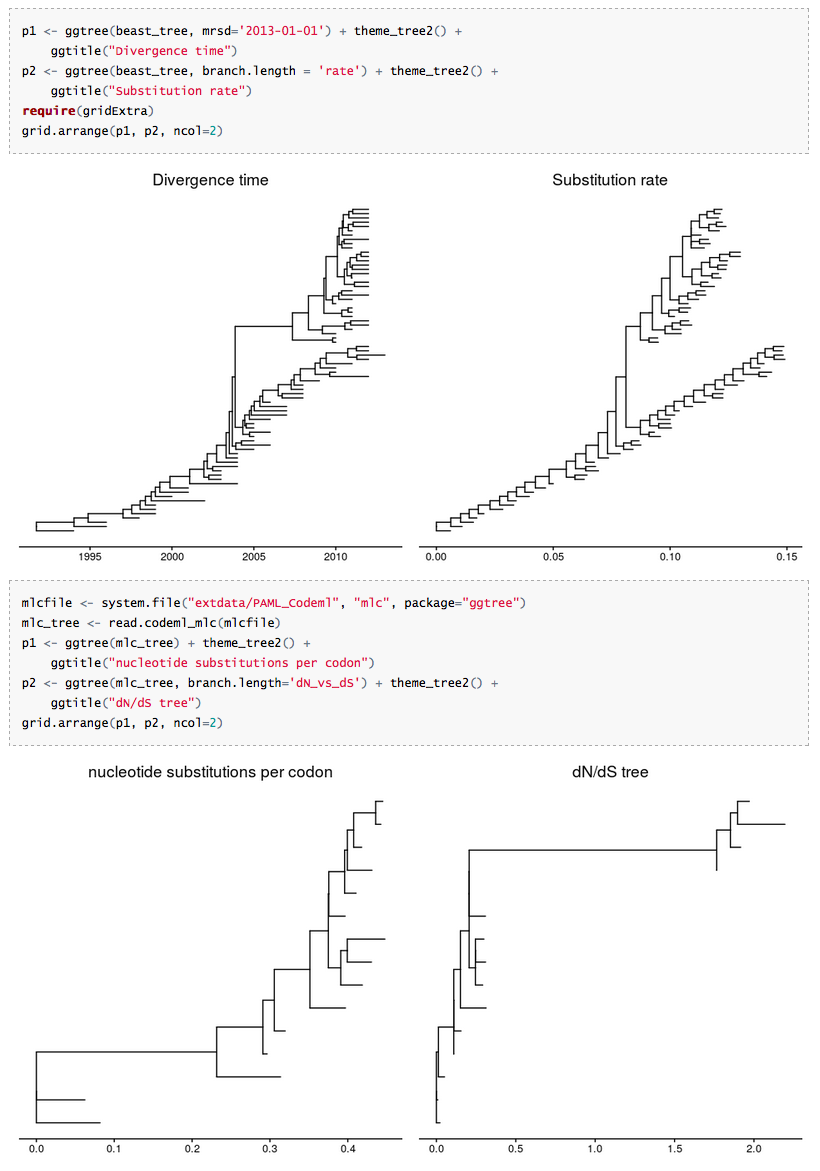 This is a feature request from ggtree user. The NHX format is also commonly used in phylogenetic software (e.g. PHYLODOG, RevBayes, etc).

The original vignette was too long and I split them into several short ones. These vignettes should be more easy to follow. You can access the vignette via http://guangchuangyu.github.io/ggtree/. More examples and detail explanation were provided. If there are something that I didn’t explain well or if you have suggestions for changes or improvements, submit an issue, or (even better) fork ggtree, make modifications and submit a pull request. I appreciate your help in improving ggtree.